Presented in partnership with PFLAG NYC’s TransFamilies, Amida Care, and The OUT Foundation, NewFest – New York’s LGBTQ+ Film and Media Arts Organization – will host a special screening of MAN MADE on Friday, October 26th in New York City.

This film takes us into the heart of transgender male (FTM) culture, revealing unexpected truths about gender, masculinity, humanity and love. Four trans men (who, like the film’s director, were born and raised female), take a variety of life paths toward stepping on stage at Trans FitCon, the only all-transgender bodybuilding competition in the world (held in Atlanta, GA).

MAN MADE is a character-driven, intimate, and riveting verité-style competition film, but also a unique social justice narrative. It speaks to the ways in which we all choose to define and reshape ourselves, both figuratively and literally.

The OUT Foundation is a proud partner of the 30th Annual New York LGBTQ+ Film Festival. 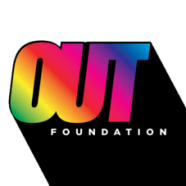 The OUT Foundation Responds to Trump Administration Gender Definition Memo